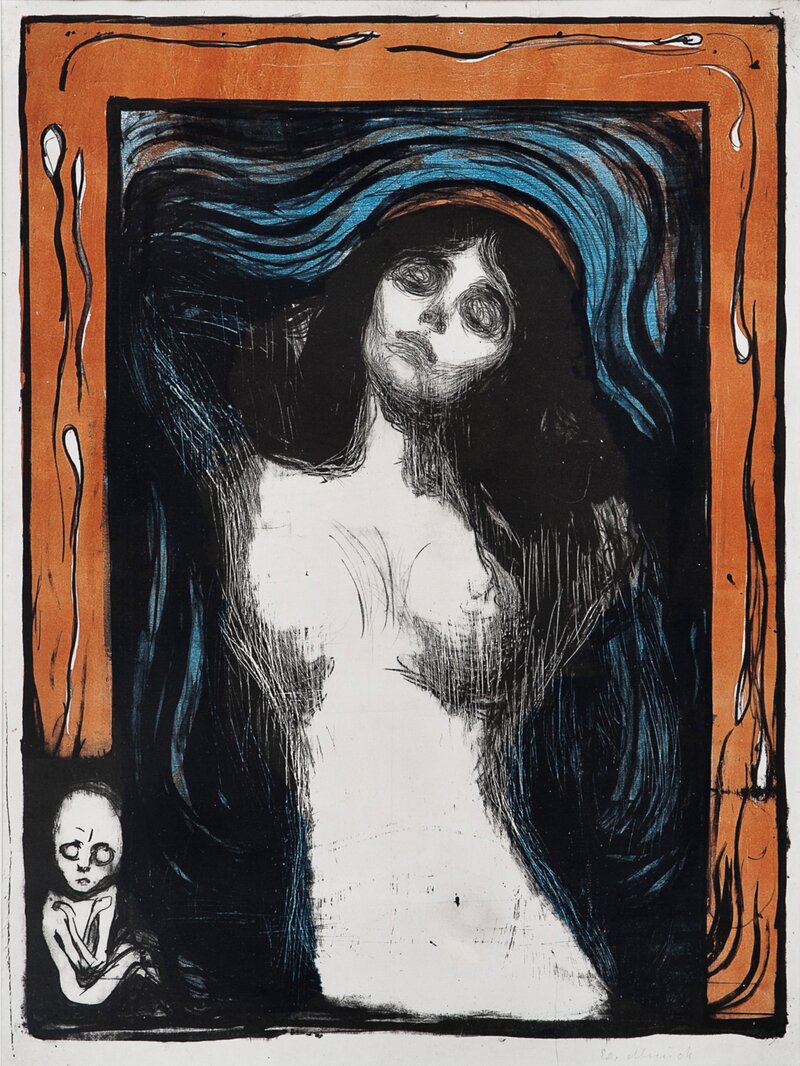 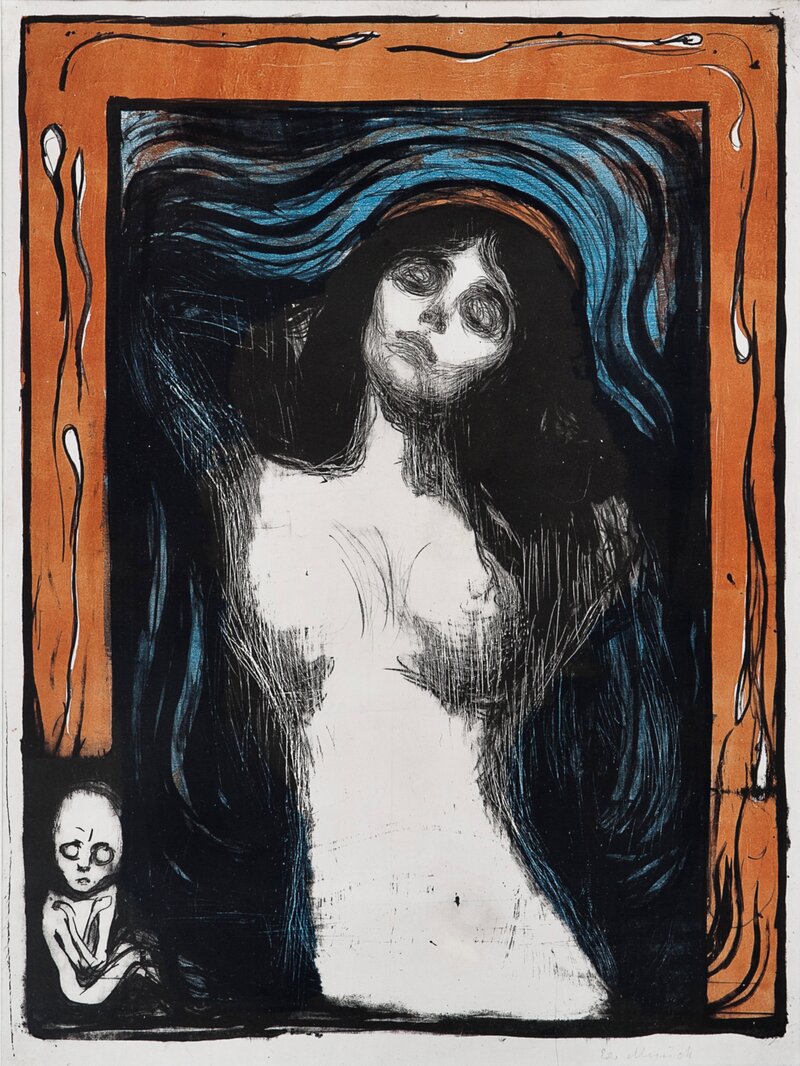 For Munch, the 1890s were characterized by intense artistic development. He travelled in Europe, with longer periods particularly in Berlin and Paris, where he felt the decisive impact of artistic movements. In 1894 he began what was to become an important and extensive part of his artistic production – printmaking. Already in what is referred to as the Saint-Cloud Manifesto of 1889-90 he laid the foundations of the innovative yet controversial art that was to become his trademark in the decade that followed:

“No more paintings of interiors, of people reading and women knitting. Let it be living people who breathe and feel, suffer and love.”

The principal pictures from this period form part of what was later called “The Frieze of life”, a series of pictures in which love, anxiety and death occupy centre stage. To this series belongs “Madonna”, one of Munch’s most central and famous works. It is found in five painted and two graphic versions (fig. 15). Fig. 15 is the colour lithograph of “Madonna”, Woll 39. Although the picture can be categorized simply as a half-length nude, it seems quite clear that Munch wished to portray not just a “Loving Woman” (as an alternative title has it) but the very moment of conception.

“Your face speaks of immeasurable tenderness – moonlight glides over it so full of earthly beauty and pain for it is now that death joins hands with life to forge the chain that links the thousands of generations now dead and the thousands to come.”

This is emphasized by the frames of the lithograph and etching with their sperms and foetuses. Again Munch provoked the public of his day by linking the spiritual with sexuality. But for him there was no contradiction in this. In the Saint-Cloud Manifesto just referred to, he writes about depicting the lovers at the moment of conception. “People should understand how sacred and majestic this is, and should remove their hats as though in a church.” The fact that the woman in Study for “Madonna” (plate 29) has a clear circular halo is thus neither accidental nor meant to be provocative. Subsequently, in the painting and the lithograph, he decided to make the halo more ambiguous – it can be interpreted as a hairband or some other kind of headgear – and he gave it an, in this context, “un-biblical” colour: red. Red for love, red for pain. P. 61.