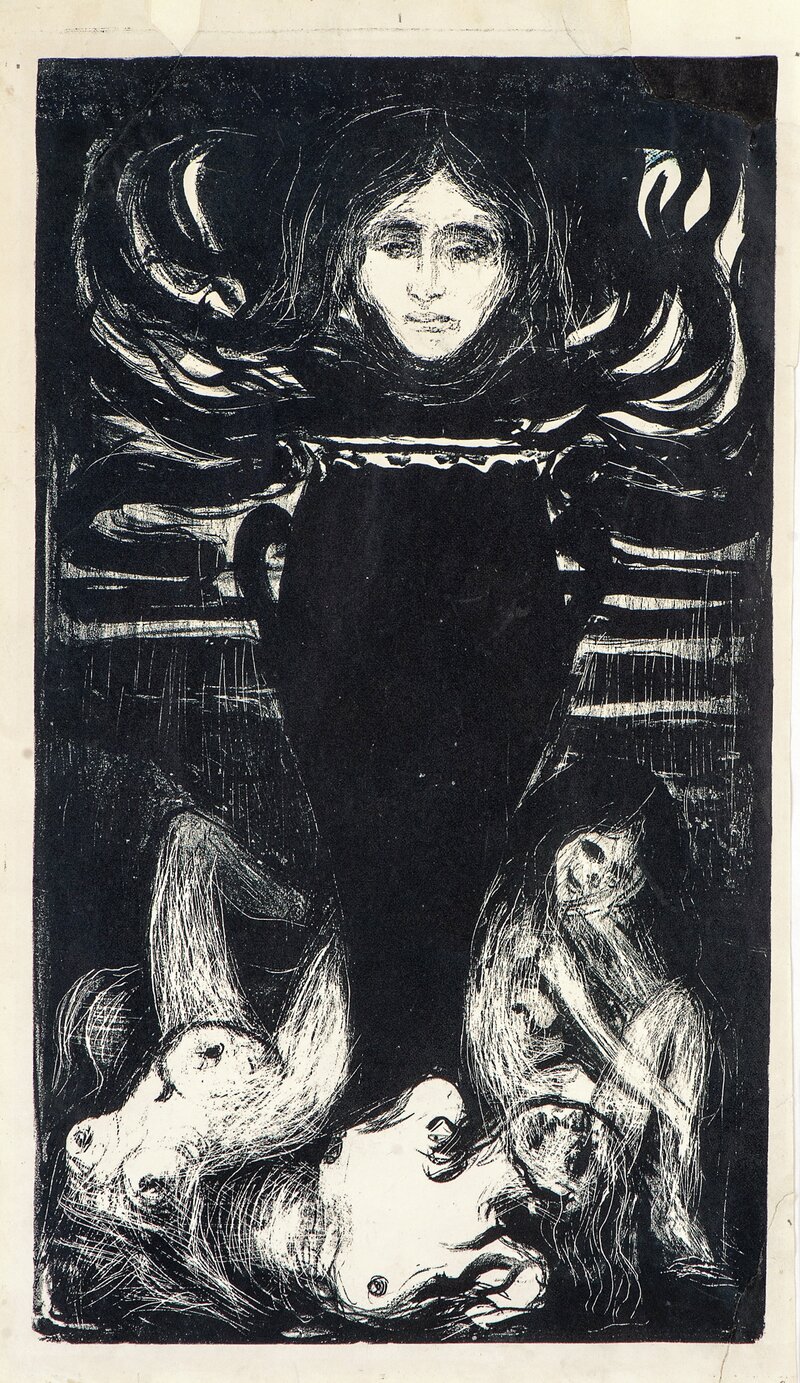 In a drawing Munch has drawn a female gazing down into an urn, formed as a head of a male. It may be interpreted as her exploration of his mind.

Women were too much at the mercy of their emotions and urges, but could, by consciously cultivating their minds, attain a higher spiritual plane. … In a lithographic version, the woman rises from the urn, purified – we must assume – and liberated from the lecherous desires by which the women around the urn are possessed … . P. 91-92.