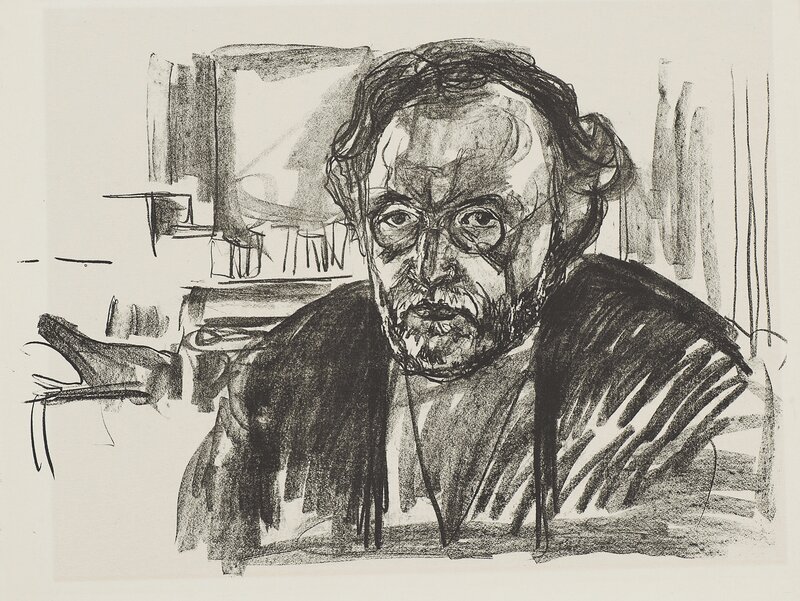 A similar subject appears in a painting (MM M 69, Woll 1297). Munch, like many other Norwegians at that time, was suffering from an attack of the so-called “Spanish flue”, an influenza, which reached epidemic proportions in Europe in 1918-19. The picture was painted during Munch’s convalescence following the illness. Woll 2012, p. 398.

In Gerd Woll’s volume III of IV of Edvard Munch’s paintings, the lithograph is mentioned under cat.no. 1297: Self-Portrait after The Spanish Flu 1919: