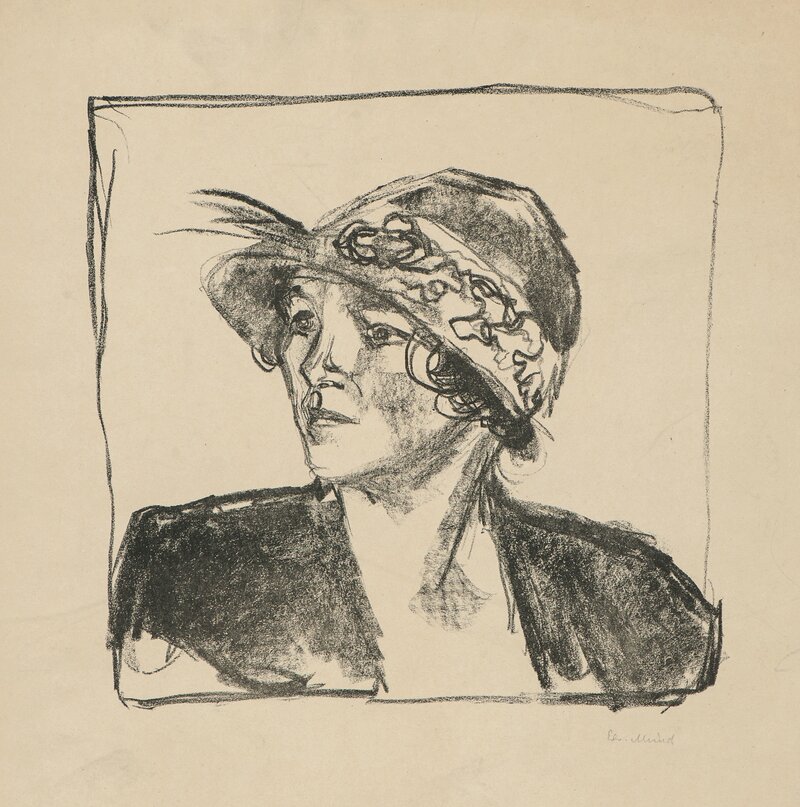 J.H. Langaard has dated this painting to 1922 due to the hat, which according to him was haute couture in Paris in the autumn of 1922. The woman is Annie Fjeldbu, Munch's most frequently employed model between 1919 and 1923.
Ha also executed a lithographic portrait of her that is usually dated to 1920, although without any documentary evidence (Woll 643). Woll 2009, p. 1323.

Eggum says among other things this about Munch's model Annie Fjeldbu. Both this lithograph and the painting mentioned above are illustrated in Eggum:

Among the many models Munch engaged in the time frame of 1918 to 1923, Annie Fjeldbu was one of the most important ... .
Annie Fjeldbu (actually Anna Hansen) came from simple means, but had ambition and made it as a model and a performer. She both danced ballet and sang. It was between touring she modelled for Munch. Born in 1897 she was approximately 21 years of age when she, probably in the late autumn of 1918, became Munch's model. Up to her marriage in 1923, when moving to Sweden, she lived at home with her family in Sannergaten 38. Eggum, p. 104. Married, she came to be known as Annie Rosenquist.