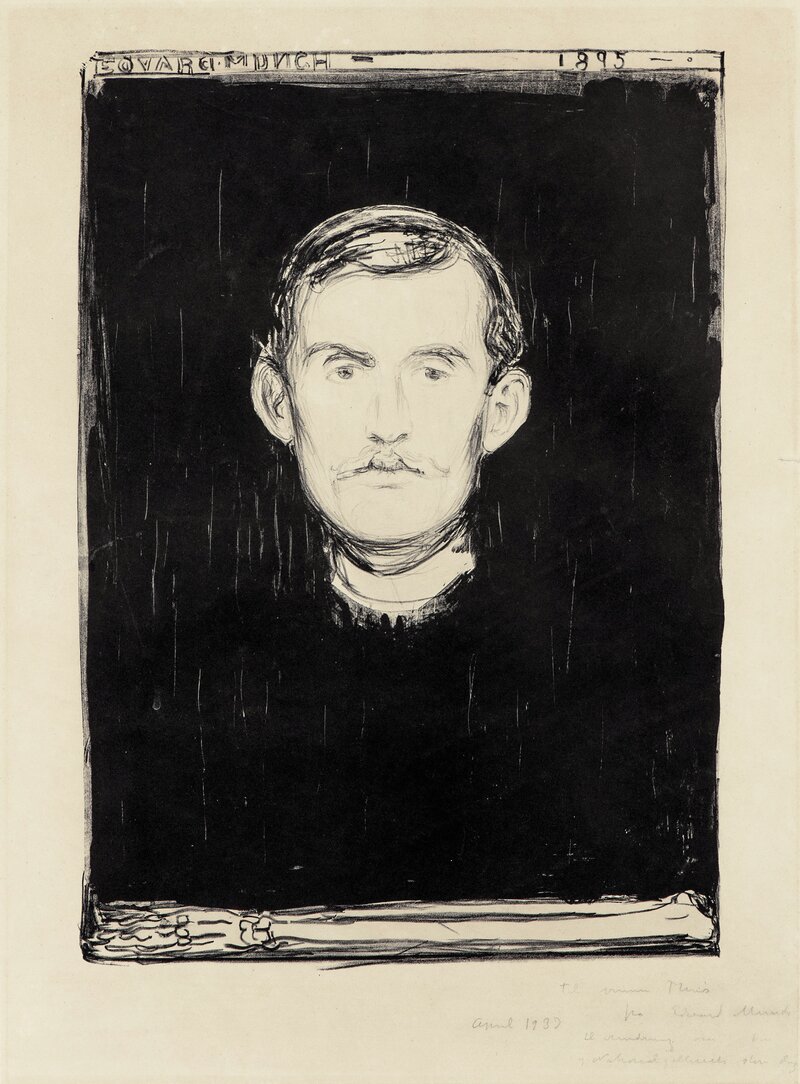 Jens Thiis did a great job in making the art of Edvard Munch known among the public. Already in 1909 he arranged for a major acquirement of Munch's works for the museum, the later National Gallery. He also arranged with potencial mecenaries, so that the museum was secured major works through donations.

Jens Peter Thiis (1870-1942) was a Norwegian art historian. Thiis and Munch knew each other from the winter of 1893, when they, both of them, frequented the bar "Zum schwarzen Ferkel" in Berlin. Thiis got work the same year, 1893, in the Art and Design Museum in Trondheim. He was director there from 1895 til 1908. He bought some furniture for the museum by the famous Art-Nouveau-artist Henry van de Velde, and had a room furnished with the van de Velde-items together with graphic art by Edvard Munch.

In 1908 he became director at The State's Art Museum, from 1920 called The National Gallery in Kristiania. In 1937 he rearranged the museum and made an extension of the exhibition space with "the Munch-Room".

Jens Thiis wrote the first comprehensive biography on Munch's Life and Art published in 1933. The biography is called: "Edvard Munch and his times. Genealogy - His Life and His Art - The Genius." Thiis percieved Munch as an ingenious artist.

Edvard Munch portrayed his friend both in a full-lengt portrait-painting in 1909, Woll P 837, the painting is owned by the Munch Museum, and in a lithograph from 1913, Woll 447.

This Self-Portrait by Edvard Munch Thiis was given in 1937 by the artist, at the occasion of the opening of "the Munch-Room" in the National Gallery. It had been a grand opening attended by the King, but Edvard Munch himself did not show up.

In a letter of 8 May 1937 to Edvard Munch, Thiis heartely thanks him for the gift, and tells him how much he appreciated the lithograph given to him. Thiis goes on telling Munch about the opening of "the Munch-Room". (The letter published by the Munch Museum in the digital archive: eMunch.no, MM K 1172).

In another letter of 19 May 1937 to Edvard Munch, Thiis goes on telling about the well-received "Munch-Room", and all the praise this addition to the museum has been subject to both from home and abroad. He also erges Munch to send a letter of thanks to Chr. Mustad, who's generous donation of 7 major works by Munch greatly added to "the Munch-Room"'s success. Thiis also launches his idea for a future Munch Museum, adding to the Museum Quarter in Oslo, if situated adjacent to the existing National Gallery. (eMunch.no, MM K 1173).