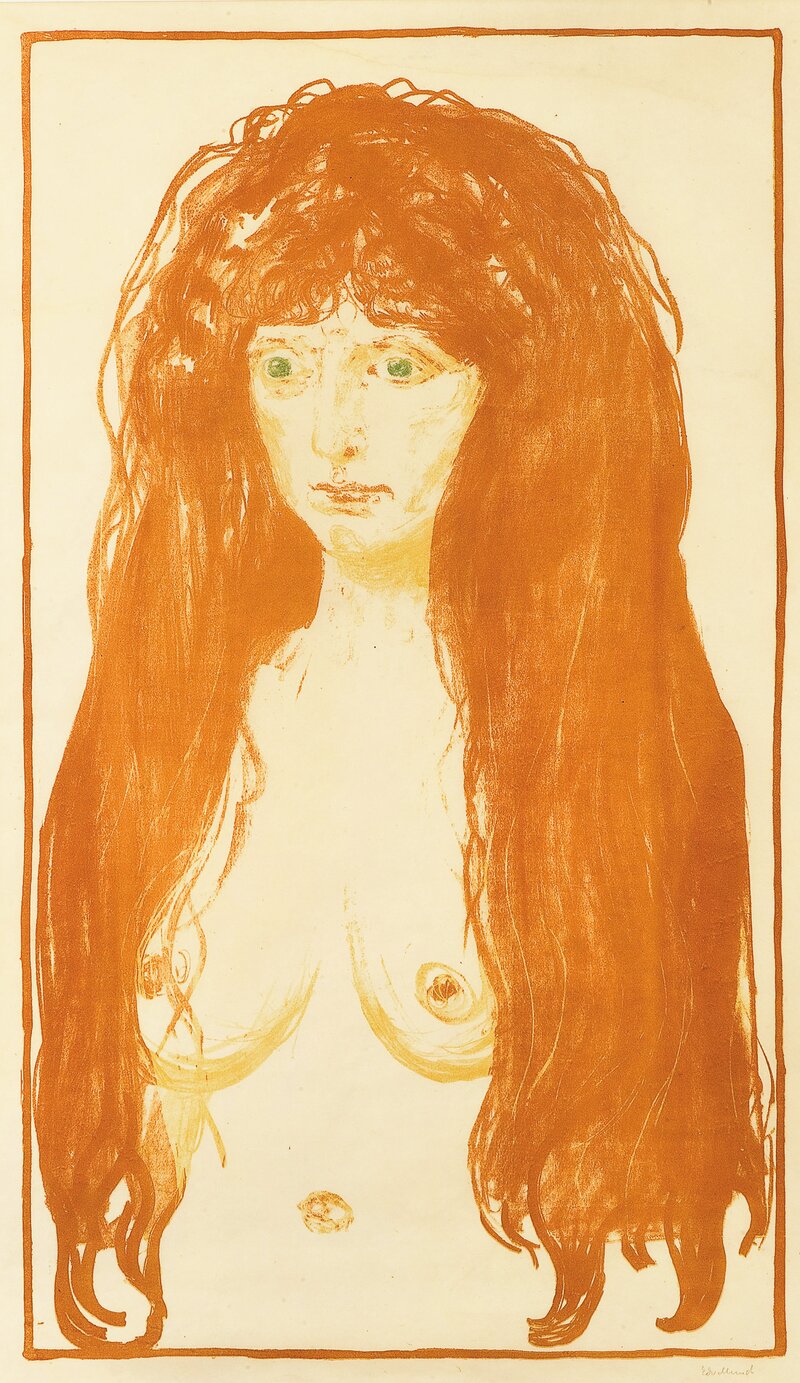 “Sin” is … based on an unknown model in Munch’s studio in Berlin, created during the long break in the relationship.

“Sin” reminds us of the dangers of a simplistic biographical approach. The Tulla story undoubtedly lives on in Munch’s life and art, but in a complex and ambiguous way. Before the shooting episode, Tulla is recognizable as a historical person and a traditional model. After 1902 “Tulla” can be put in quotation marks. With its caricatured features and cultural markers her image has been transformed into a one-dimensional role on Munch’s stage, where it largely merges with clichés of the “femme fatale” current at the time. P. 187-190.