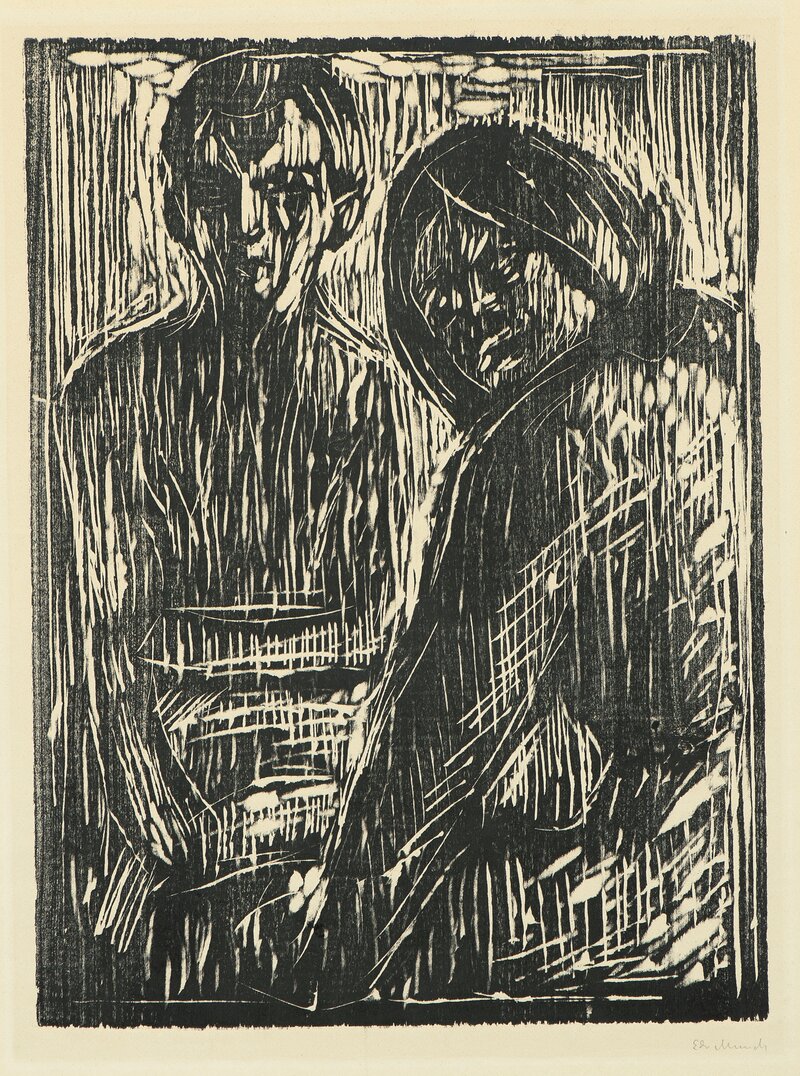 The woman turns away from the man after the conversation in this woodcut, presumably offended. In the exhibition catalogue from Zürich in 1922 (ref. cat.no. at this auction) the print was dated 1913-14. In 1914 Munch made an intaglio print with a similar motif, with a woman turning away from a man, called "Conversation", Woll 474 and an intaglio print with the woman only, called "Offended Lady", Woll 475.

In many woodcuts Edvard Munch managed to strip an expression down to its bare minimum, making a striking comment on the relationship between man and woman. By getting rid of all minor details, he was left with a concentrated vision of the human condition, which makes a powerful impression.