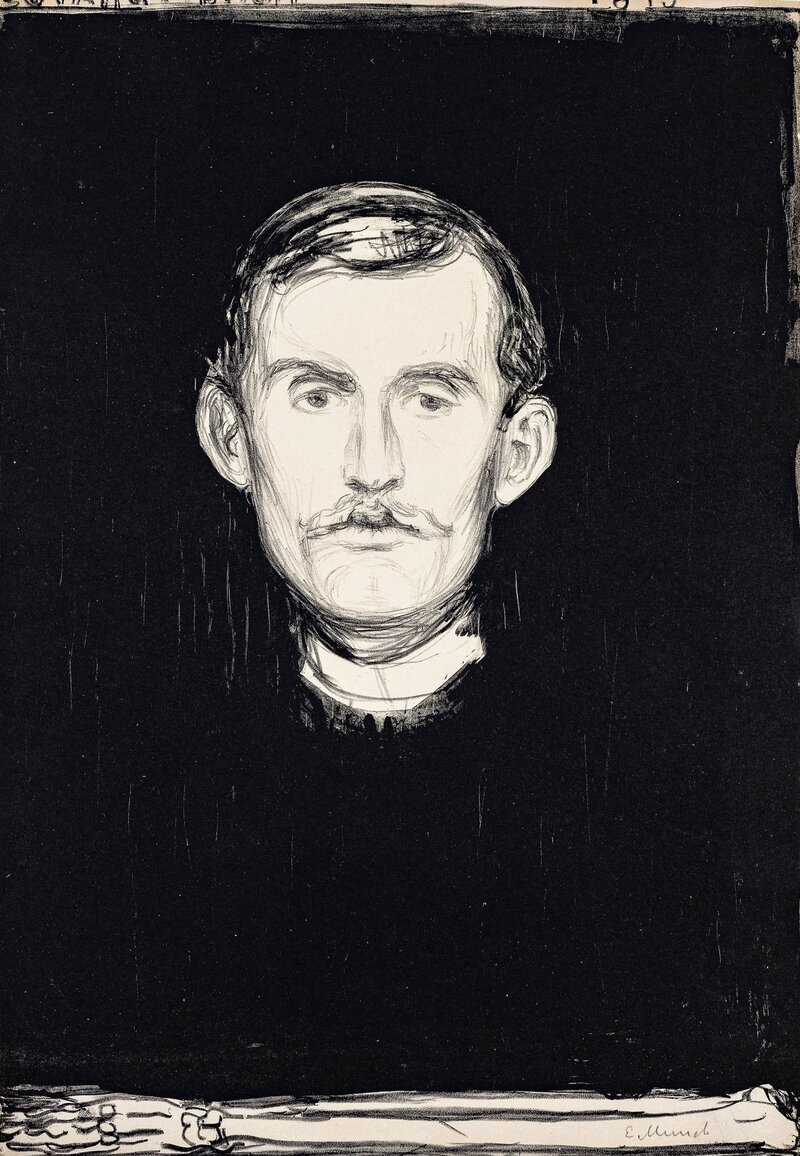 He remained in Berlin after his sensational appearance there in 1892, and held a number of exhibitions here. They created a stir, and attracted a considerable number of people. But his sales amounted to practically nothing, and for many years the sale of tickets for these exhibitions formed his most important source of income. In the late autumn of 1894, Munch began to produce graphic art in Berlin – partly in order to ensure a better source of income, and partly in order to reach as great a public as possible. The motifs of most of his first etchings and lithographs are largely the same as those of earlier paintings, but he was soon fascinated by the various graphic techniques, which he saw as an independent medium of art. Woll 1996, p. 19.

Munch was no novice as an artist in 1894. Although only 31 years old, already he had behind him a large number of best-known works in oil. With his many and controversial exhibitions in recent years he was actually on the way to gaining an international reputation. Woll 1995, p. 11.

Early on he makes etchings, but the earliest lithographs also take up familiar subjects but here he tackles the more problematical pictorial ideas and creates powerful, black-white versions of subjects such as “The Scream”, “Madonna”, “Vampire”, “The Alley” and “The Hands” to name the most important. In addition he renders his magnificent “Self-portrait with Skeletal Arm”. Woll 1995, p. 12.

In the first state of “Self Portrait” we see how, to begin with, he has not quite managed a sufficiently black background, but has gone over it with more tusche – and finally, on the dark areas, he has scratched in fine lines with the needle. Thus, he achieved the soft, silky, deep-black surface so typical of his earliest lithographs;… Woll 1995, p. 20.

Beneath the artist a skeletal arm and a hand appear, making the picture a veritable «memento mori», an effect further enhanced by the pale features. Guenther, p. 70.