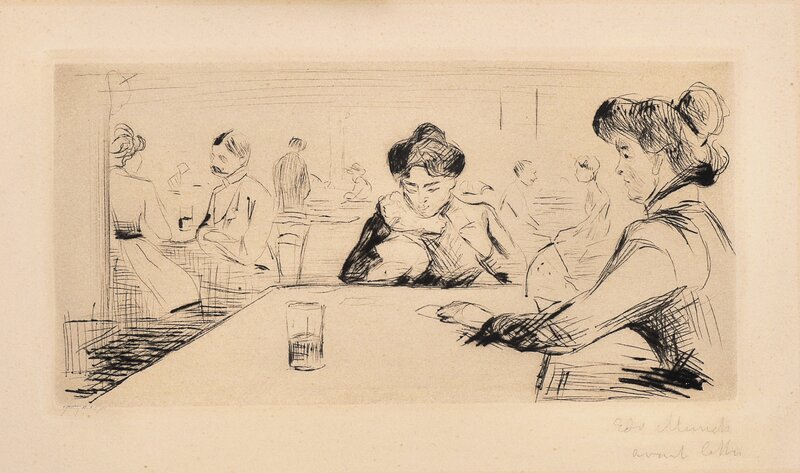 ???Hopfenblüte??? means hops and was the name of a pub, which Munch and many other Scandinavian artists frequented in Berlin.

Under the headline: «Munch and Berlin» Pucks writes:

Outside of Norway, Berlin was without question the most important town for Munch: it was here he had the most and longest stays, it was here he for the most part exhibited his art. In the periods 1892-95 and 1901-08 Berlin was his permanent place of residence and artistic base, and until 1927 he visited the city on average one or several times each year, although with an interlude during the World War 1914-18. Between 1892 and 1936 he exhibited in total 72 times (!) in Berlin. Here he painted the most important motifs of the Frieze of Love, here he started his significant career as a graphic artist. Here he was first known for a big audience, and thereafter renowned. Without Berlin Munch???s position as an artist today would have been an impossibility. P. 220.