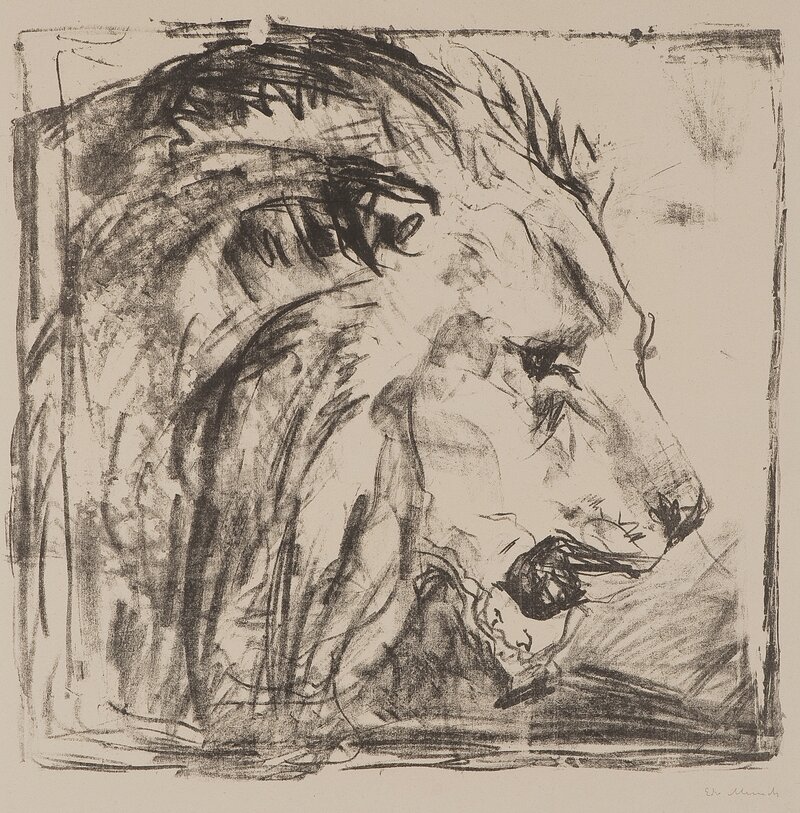 Munch has made lithographs of the tiger- and lion tamer Sawade both with a tiger and a lion. See Woll cat.nos. 597, 598. In both cases the artist also had impressions made from the same stones where either the animal or the tamer were masked out, and in this case it was made a borderline around the lion???s head only. Sawade probably performed, as Woll says, at the Hagenbeck circus during their stay in Oslo. Woll at cat.no. 597, p. 380.