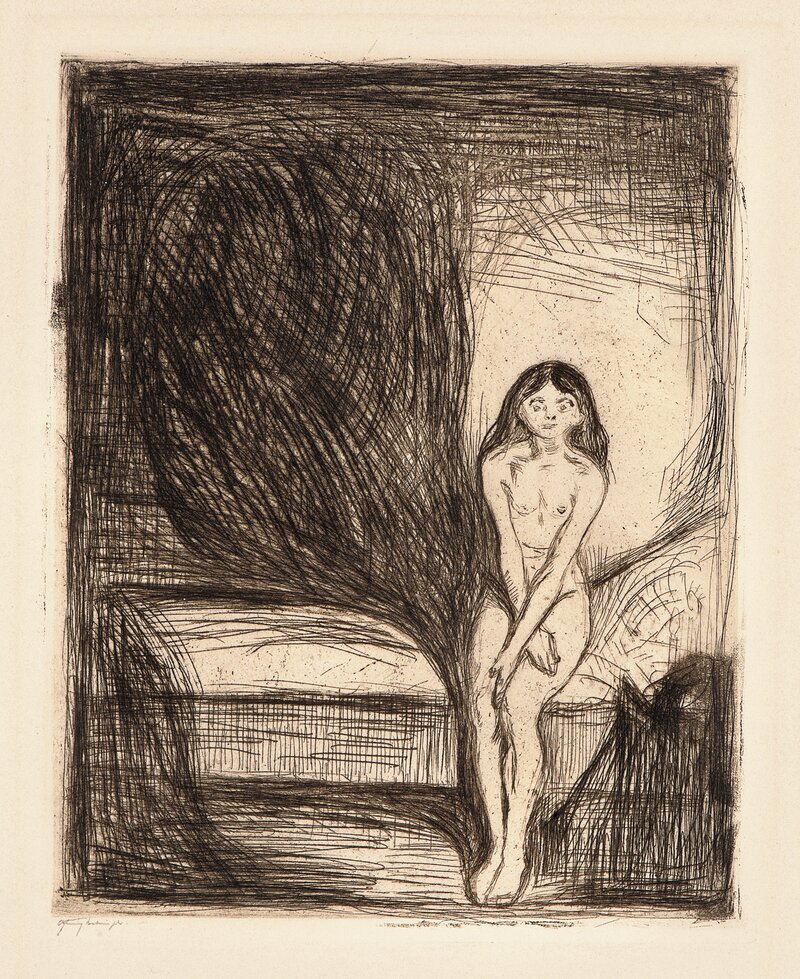 At Woll 346, the different versions of the motif ???Puberty??? are mentioned:

At cat.no. 141, Woll refers to a letter by Edvard Munch to this owner from 1929, where Munch himself describes the subject: «-the girl sitting just as in the gallery???s, and with the large dark shadow on the wall ??? Hands between the knees as though in modesty. She is sitting in the middle of the bed». (Munch with ???the gallery???s???, refers to the version the National Gallery in Kristiania acquired in 1909, Woll 347). Woll 2009, p. 156.

The shadow in the subject «Puberty» is dominating. As Eggum says about Munch???s signs in general and in one of the versions of ???Puberty??? (Woll 346) especially:

In his striving to convey these «most subtle visions of the soul???, Munch produces a set of established pictorial signs and symbols which he uses to suggest strong and often composite feelings. A fascinating pictorial sign of this kind, and one that is often used, is the moon with its lunar column. ???
Another crucial sign, ??? is shadow: this may be grafted onto a human figure, or a group of persons, constituting an emotional entity. ???
A shadow can also function as though it were an independent individual, as we can see in ???Puberty???. It often adds to the individual motif a feeling of something numbing, oppressive, or menacing. As a technical effect shadow can also be used to express a feeling of fear. Eggum, p. 121-122.