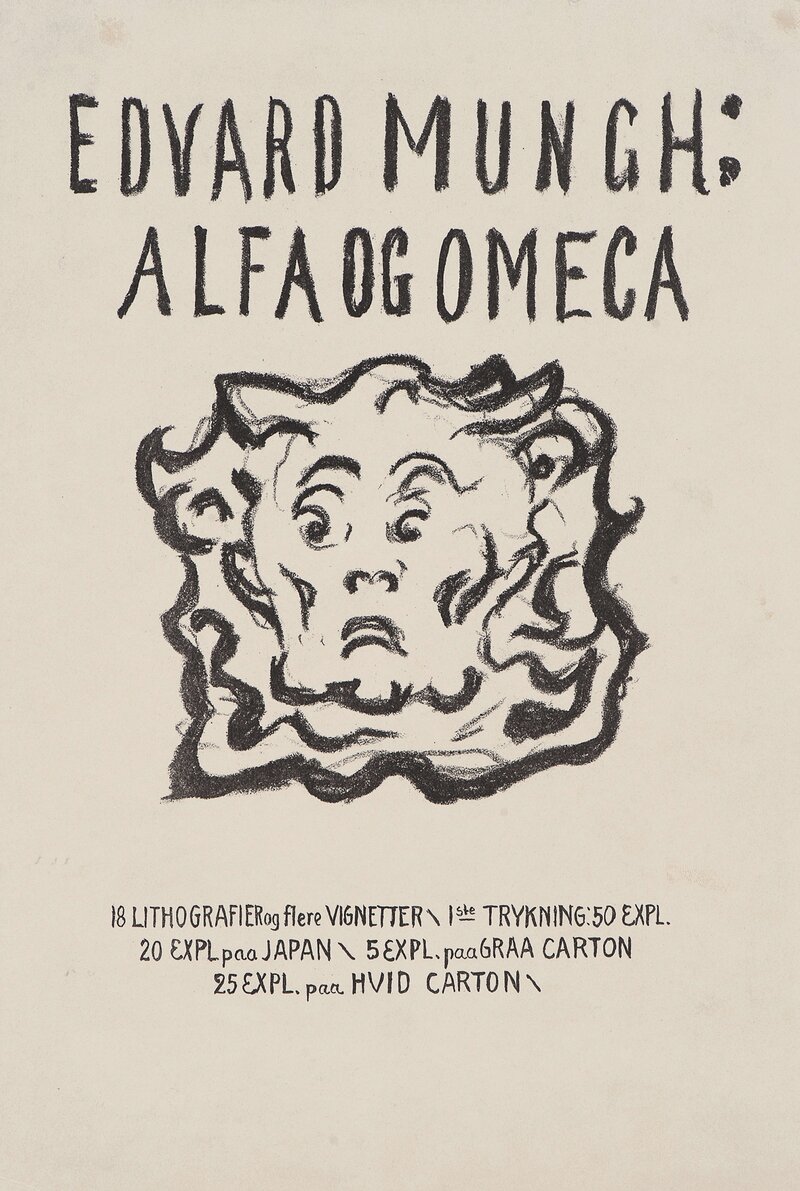 Munch transformed his room at the hospital into a studio, trying with minimal means to simulate or at least hint at his working environment. …

In spring 1909 he wrote the prose poem “Alpha and Omega”, illustrated with a total of twenty-two lithographs on a theme he had already addressed in drawings from the 1890s. They also show an affinity with the animal studies he drew in the zoo, encouraged by Jacobson. At the same time, he refers to the “doppelgänger” motif, the depiction of puberty, and a loving couple as well as central themes of his artistic creation. For example, “Towards the Forest” is now taken up again in “The Forest”, and “The Scream” is reworked in “Alpha’s Despair”. Munch considered “Alpha and Omega” to be one of his masterpieces, as he apparently said himself, according to the entry in Ludvig Ravensberg’s diary for 9 January 1910. P. 235.