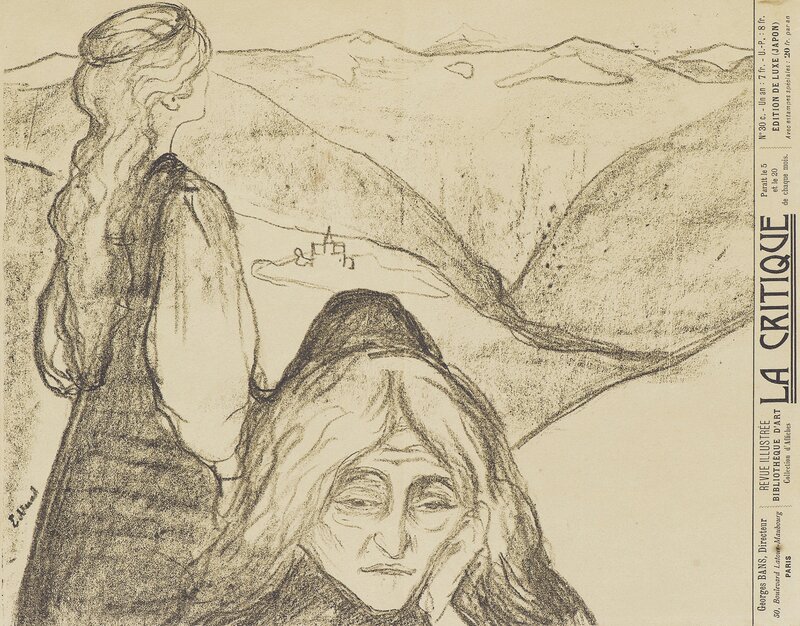 Designed as the programme for Lugné-Poë’s production of Ibsen’s "Peer Gynt" at the Théâtre de l’Oeuvre in Paris in November 1896.

Munch’s first Ibsen portrait was a lithograph, a theatre poster for Lugné-Poë’s performance of John Gabriel Borkman at the Théatre de l’Oeuvre in Paris in 1897.

At that time, the actor and theatre director Aurélien Lugné-Poë (“the great Scandinavian”) made a considerable effort to present the Nordic drama to his compatriots, most importantly Ibsen, who had had Brand and Peer Gynt performed in Paris, as well as a series of his contemporary dramas. However, Ibsen was not quite satisfied. He thought Lugné-Poë incorporated too much symbolism and mystical lighting in the performances. To mollify the master, Lugné-Poë hired Norwegian painters: Munch was commissioned to produce the posters for both Peer Gynt (1896) and Borkman (1897), and the stage sets were painted by Frits Thaulow and Jens Wang, respectively.