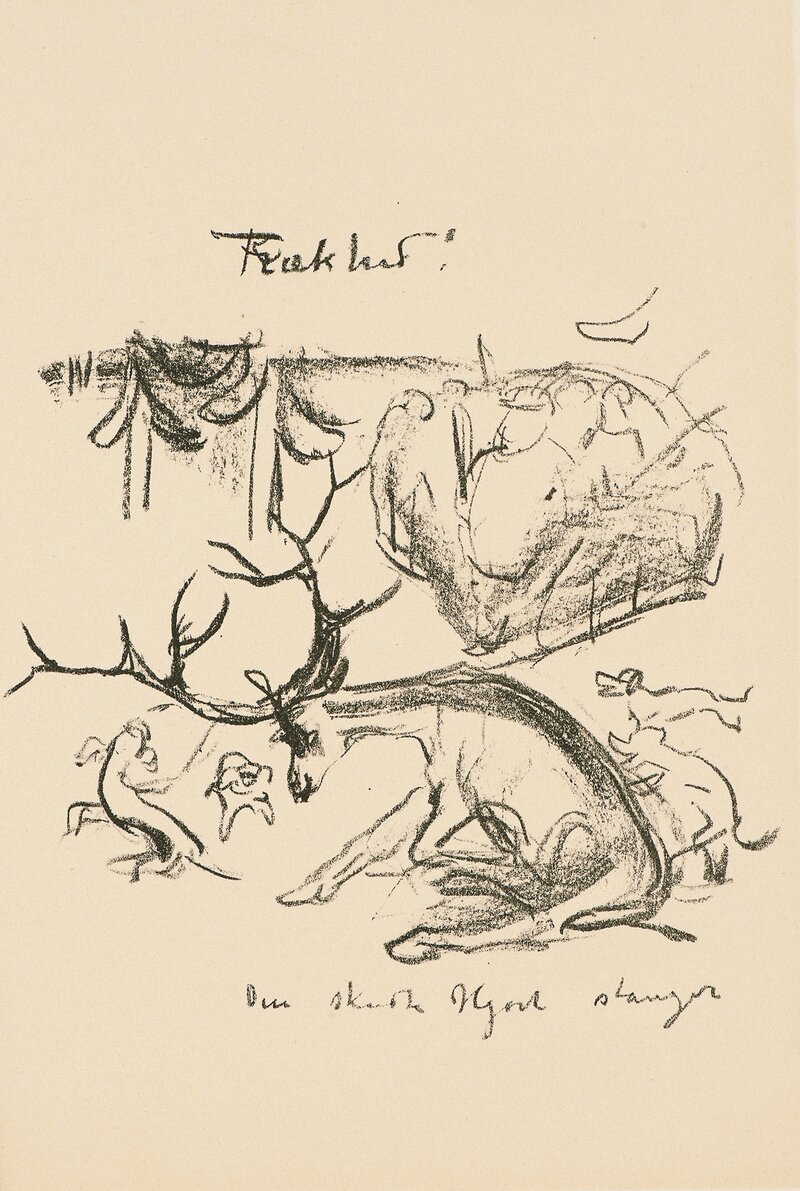 Stamped on verso with three stamps, the one: "Fra Edvard Munchs testamentariske gave OSLO KOMMUNE" (From Edvard Munch's bequest to the Municipality of the City of Oslo), the second: "Det store Munch-lotteriet 1983" (The Great Munch-lottery of 1983) and the third: "Munch-Museet Bo nr 479-11 Sch nr ..." (The Munch-Museum Estate Number 479-11 (the Number written in pen) Sch no ...).

Throughout his long life it quite often happened that Munch – rightly or wrongly – felt misunderstood, persecuted, and harassed. Sometimes the feeling of being a victim of other people’s malice grew so strong that it came close to a true persecution mania. In order to deal with these problems he did what he so often did, he turned the situations into paintings and art. …In 1910 Munch printed a series of lithographs, all of which are about episodes in which he felt he had been treated unreasonably. These lithographs together have been called “The Story of Suffering”. A number of them go back to specific incidents, …

Many of the other caricatures in “The Story of Suffering” concern physical injury and killing, but in one of them – “The Shot Stag is Butting!” – the victim strikes back. P. 195-207.