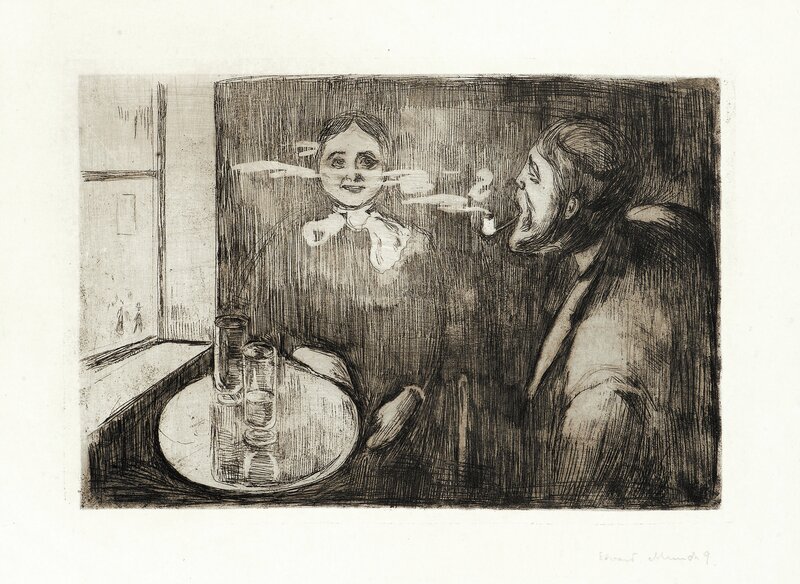 From the Meier-Graefe portfolio. Printed in 1895 by Angerer. The deluxe edition printed in 10 impressions on Japan paper before steel facing, all numbered and signed by the artist. See Woll: Edvard Munch - Complete Graphic Works, Oslo 2012, p. 43.

The painting was dated to 1883 at the exhibition at the Nasjonalgalleriet in 1927, but has later generally been dated to 1885. The title «Tête-à-tête» probably comes from Gustav Schiefler, who used it for the intaglio print of the same motif (Woll 9) in his catalogue of Munch’s graphic work from 1907. At some early exhibitions the print was entitled “På hybelen” (“In the bed-sitter”), and the title has also been used for the painting (Thiis 1933). «Tête-à-tête» is, however, a title that has established itself over the years for both the etching and the painting and it is accordingly retained here. Woll 2009, p. 133.