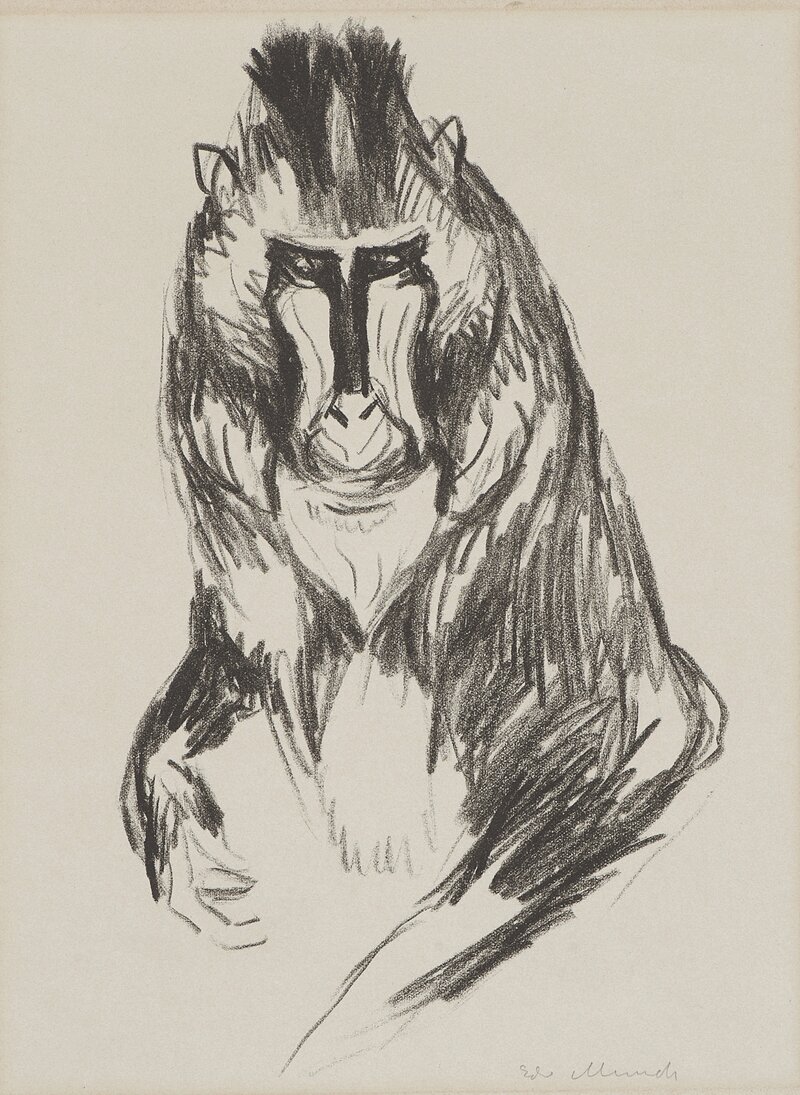 Jens Peter Thiis (12.05.1870-27.06.1942), Norwegian art historian. Director of Nasjonalgalleriet i Oslo (The National Gallery in Oslo) 1908-41. He was a close friend of Munch from the early 1890s, and became an important advocate of his art. He wrote articles and held lectures as well as purchasing works by Munch for Nasjonalgalleriet (The National Gallery). In 1933 he published the book "Edvard Munch og hans samtid" (Edvard Munch and his times). Munch painted a full-length portrait of him in 1909, Woll 837 and made a lithographic portrait of him in 1913, Woll 447. Woll 2012, p. 306.

This lithograph has also been called “Ape” and “Mandrill” which would be more zoologically correct than “Gorilla”. The mandrill was formerly classified among the baboons, but has today its own order, Mandrillus. Mandrills are the world's largest monkeys. Mandrill is part of Cercopithecoidea family of apes, while Gorillas are the largest of the primates, of the Hominidae family. However, the motif is called “Gorilla” as was the denomination given by the artist himself.