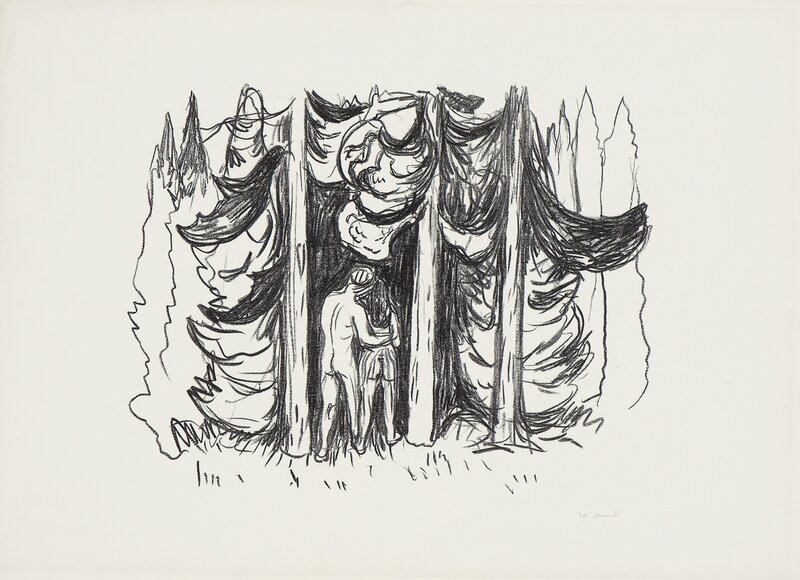 From the Series Alpha and Omega

The idea for the “Alpha and Omega” series was conceived in the mid-1890s, when Munch made several drawings with similar subjects. In 1903 he exhibited a series of drawings called “The First Human Beings”, and Schiefler was aware that Munch intended to turn them into a series of prints. It was not until after Munch entered Dr. Jacobson’s clinic in Copenhagen in the autumn of 1908 that he took up this idea and developed it into a complete series, executed in lithographic crayon on paper. P. 260.