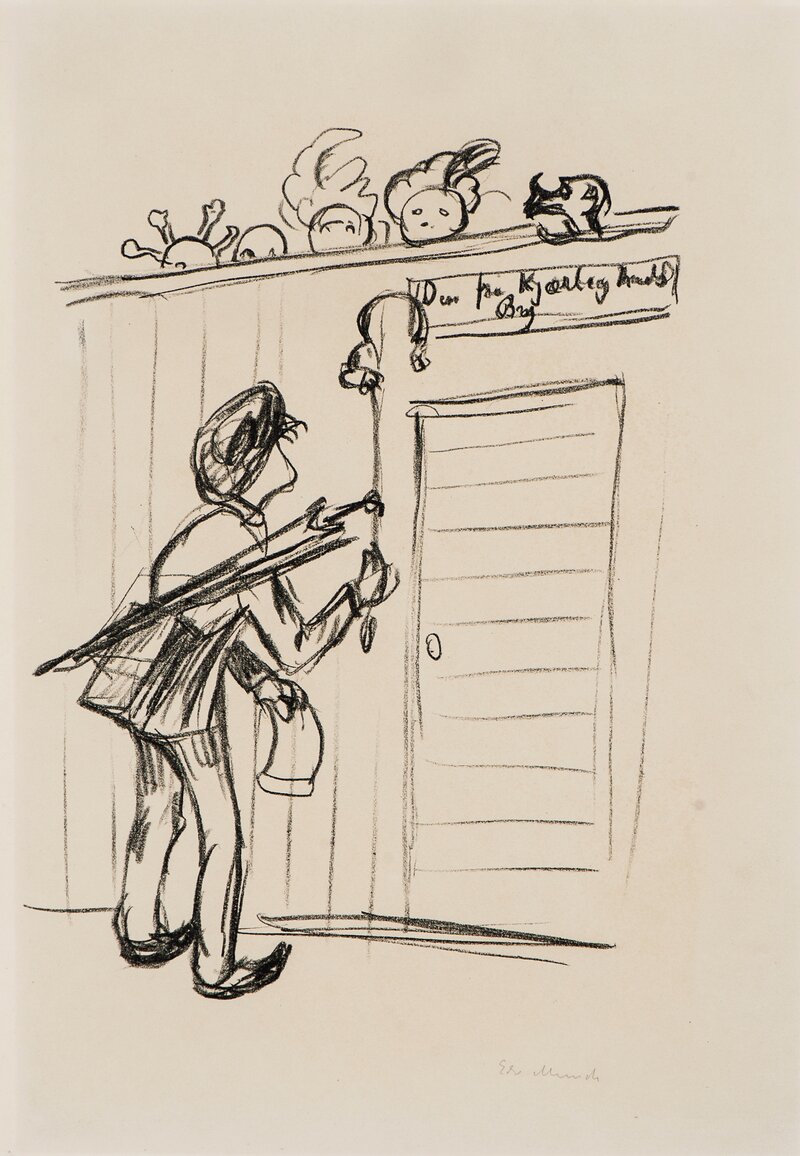 Impression with the following text written in pencil (translated):

"The Painter's Song at the Gate. On naked foot I wandered long, thirsty hungry playing games, while longing for the wine, for woman's mead upon my lip, could I but rest awhile, lay my head to sleep. For a moment's sweet repose, with a maid with lips of mead. Behold the Paradise, on Earth young maids possess. Dream a little of the Paradise. That which was in Heaven. So much beauty has young maidens, golden hair and shining eyes, breasts that arch so generously, all of this our Lord has made. A maid can be such soothing rest for a king who has no kingdom".