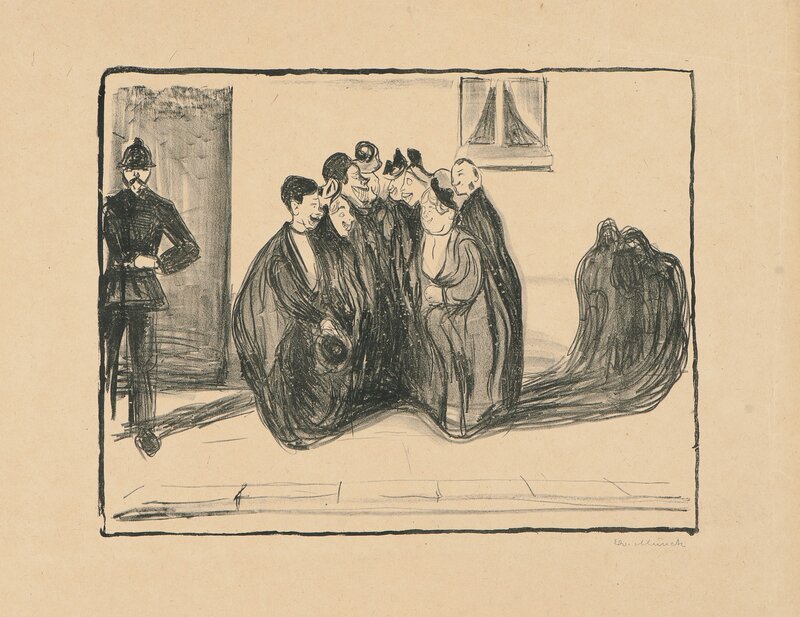 Magne Bruteig writes of another picture with a shadow, which also seems relevant for this motif, that:

This shadow or dark form introduces something undefined into an otherwise realistic portrayal, an element of unrest into a calm, everyday situation. P. 24.

The shadow ... may be grafted onto a human figure, or a group of persons, constituting an emotional entity. ... It often adds to the individual motif a feeling of something numbing, oppressive, or menacing. As a technical effect shadow can also be used to express a feeling of fear. Eggum, p. 122.

The shadows only appear in a natural setting with regard to where the light falls, or where they are to be regarded as metaphores. Mørstad, p. 65 (translated from Norwegian).

In this picture it seems quite natural with a shadow, as the group of people, who have put their heads together, stands in the darkness lit up by a street-lamp.