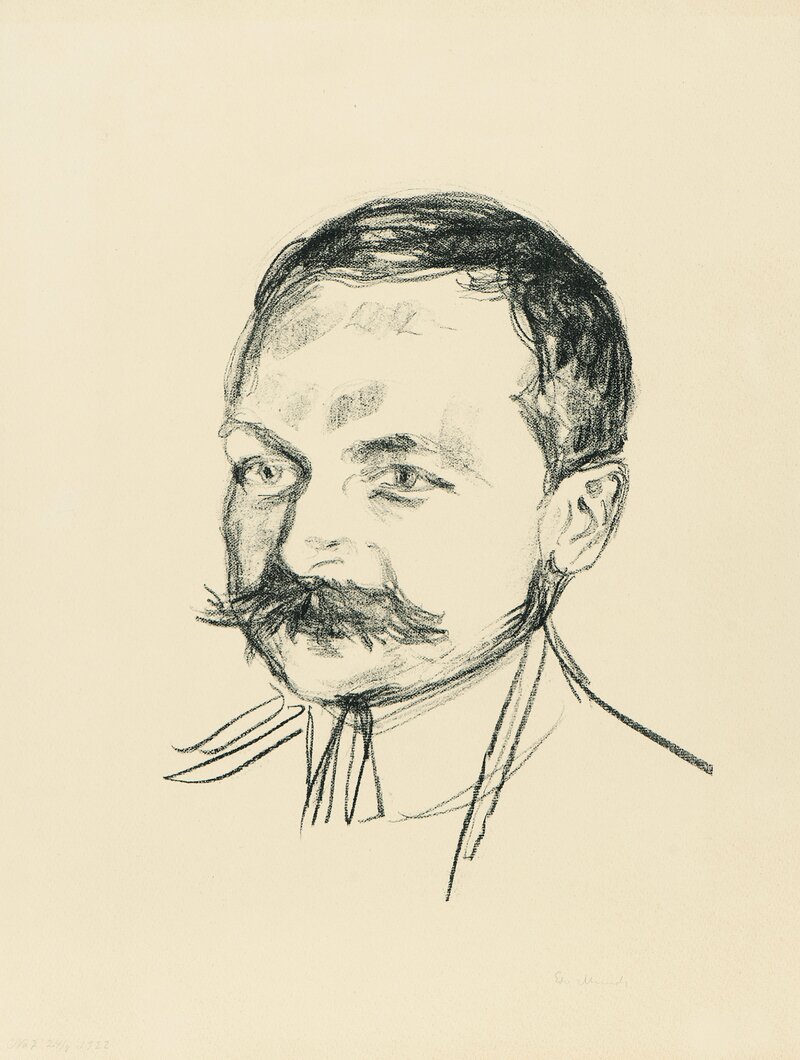 He was very interested in Munch's art and organised large exhibitions in 1922 and 1932. An exhibition planned for 1942 had to be cancelled due to the war, but in 1952 his successor organised the third large-scale exhibition of Munch's art in Zürich.

A detailed catalogue was made by Wartmann for the exhibition in 1922, and the section on graphics which included more than 400 prints was of great help to Schiefler in his work on the second volume of his catalogue (Schiefler 1928).Schiefler examined the prints together with Wartmann. Woll 2012, p. 416.

The Swiss collector Alfred Rütschi approached Munch in May 1922 with the suggestion that he paint a portrait of the director for Kunsthaus Zürich at Rütschi's own cost (letter Rütschi/Munch May 31, 1922). Munch visited Zürich that summer in connection with the comprehensive exhibition at Kunsthaus Zürich, and used the opportunity to execute a lithograph of Wartmann (Woll 670) and, in all likelihood, the first painted version of the portrait.Luise Schiefler, who was also in Zürich together with her husband, Gustav Schiefler, wrote that Munch had indeed portrayed Wartmann (letter Luise Schiefler/die Kinder June 24, 1922 in Munch 1987-1990, vol. II, p. 74).

Edvard Munch had for a time quite a lot of contact with Wilhelm Wartmann, in the digital archive there are 37 letters/letter-drafts from him to Wartmann. From Wartmann to Edvard Munch there are 81.