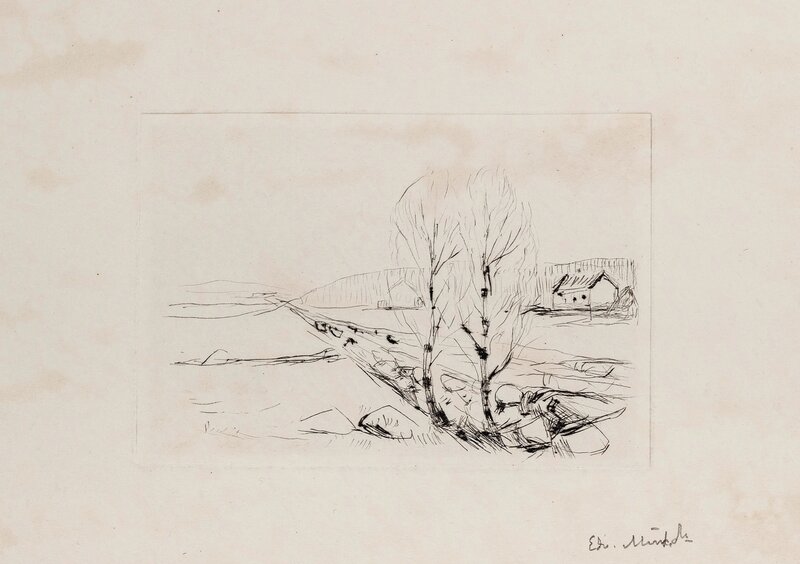 Signed impressions of this intaglio print are rare. Being signed, it means this one is not a bibliophile edition.

The impressions you usually see, are unsigned original intaglio prints for the book by Hermann Struck: Die Kunst des Radierens, published in 1908, 1912, 1919 and 1920.

According to Willoch, this drypoint was the first work Munch produced while he was a patient at Dr. Jacobson's clinic in Copenhagen, and the subject was supposed to be taken from a postcard of a Danish landscape. Munch had, however, painted a similar landscape from Åsgårdstrand in 1905 (MM M 315, Woll 626). This drypoint is a reversed version of that painting. The drypoint was made on the direct request from Struck, who wrote Munch by the end of September 1908 asking him to make a small intaglio for his book. In a letter dated October 20th he thanks Munch for the reception of the plate. P. 246.