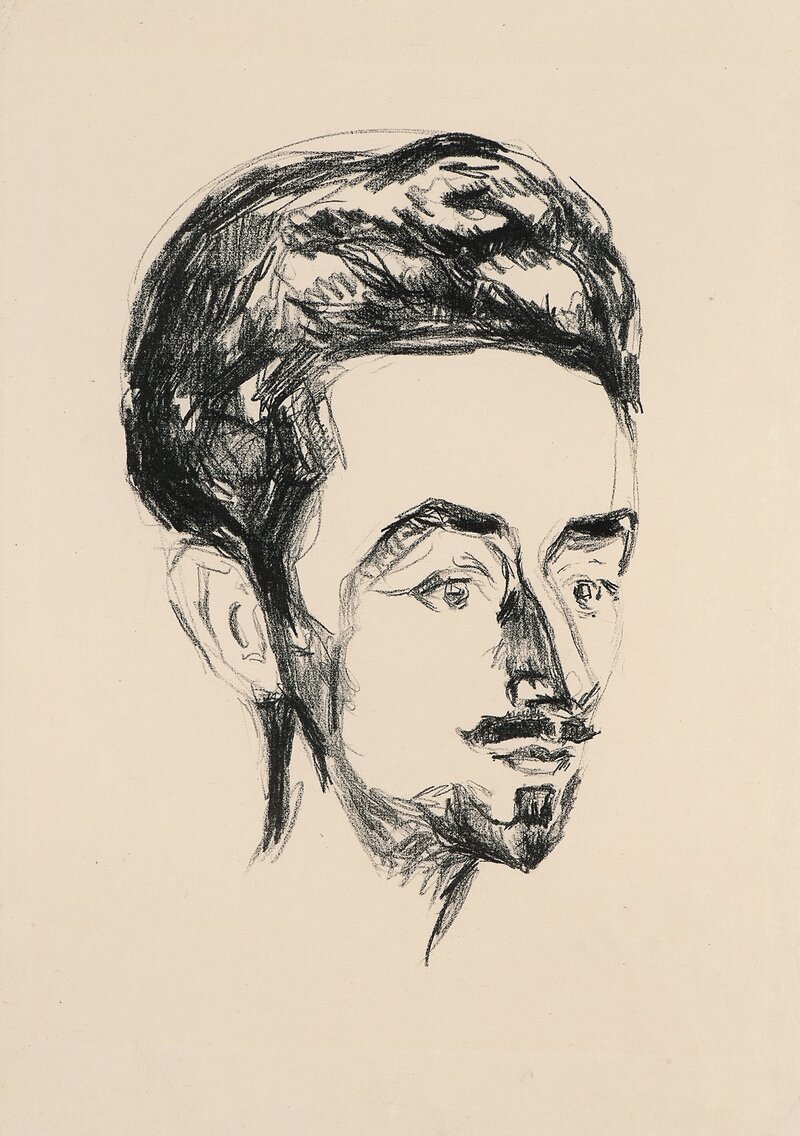 Helge Rode (1870-1937) was a Danish poet, and the son of Margrethe Rode (née Lehmann), who later married the Norwegian journalist Erik Vullum. She brought her two sons Ove Rode (later editor of the Danish newspaper «Politiken») and Helge Rode to Norway. Woll 2012, at cat.no. 62, p. 89.

It was in 1879, after her husband???s and the boys??? father???s death, the mother travelled with her sons to Norway. Helge Rode spent his youth in Norway. He was first cousin of the brothers Gunnar and Inge Heiberg, whose full names were respectively Gunnar Edvard Rode Heiberg and Inge Valdemar (Rode) Heiberg. Their mother was born Rode. Gunnar Heiberg is an infamous name in the circle around the Kristiania-bohemians, or at least he appears to have become infamous for Edvard Munch, and Inge was a genuine bohemian in the inner circle around Hans Jæger.

Under cat.no. 823 Woll refers to several portraits, included the above mentioned, of Helge Rode by Edvard Munch: