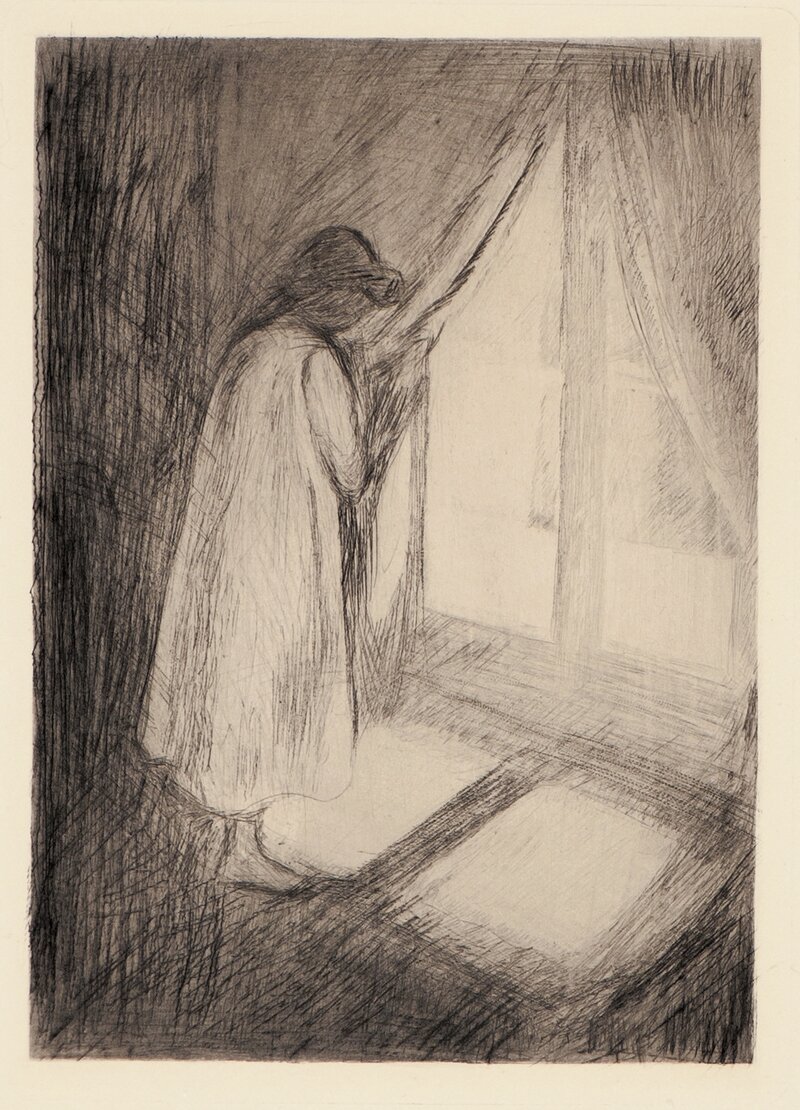 The Meier-Graefe Portfolio:
The portfolio was published in Berlin in June 1895.

Julius Meier-Graefe (1867-1935) was an artcritic, arthistorian and a writer. He was cofounder and editor for the magazine Pan, but had to leave his position after a year, after having had printed a picture by Henri Toulouse-Lautrec. The board meant that he by doing this, did not pay ample attention to German artists. Later, in 1897, he founded the Jugendstil (Art Nouveau) magazine “Dekorative Kunst” and soon thereafter opened La Maison Moderne, a gallery that showcased Art Nouveau works. The gallery closed in 1903. His writings on Impressionism and Post-Impressionism, with his most important contributions translated into French, Russian and English, are considered to have been instrumental for the understanding and the lasting success of these artistic movements. His writings on Caspar David Friedrich made him known for a wider audience, and he “rediscovered” El Greco.

In 1895, Meier-Graefe had the portfolio published at his own expense in collaboration with the artist. It comprised 8 etchings by Edvard Munch accompanied by a small introductory booklet written by Meier-Graefe. Jacobsen, p. 170.